We're well into the second week of New York Restaurant Week, so I thought I'd send out a little reminder for all of you who haven't gotten around to making reservations. We still have a good week left, so no need to fret. But if you want to take advantage, you better get on it!

I went to Artisanal last night and had (my favorite) skate wing off the RW menu, I'm going to Mr. Chow on Friday (for the second time) and Le Cirque and Nougatine are on the list for next week. I clearly like to celebrate this foodie season. Want to celebrate too? Check out last year's list of favorites - still standing tried and true. And let me know any other great recs you have, would love to add them to the list!

PS. Don't forget to request the RW week menu when you get to the table, last night they only gave it to us because we asked.

Email ThisBlogThis!Share to TwitterShare to FacebookShare to Pinterest
Labels: FOOD and DRINK, NYC and TRAVEL

Tomorrow is Valentine's Day so naturally this week's Weekend Wardrobe will celebrate. Any fun plans? Maybe a romantic dinner date or a singles night out? Scott and I are going to Little Branch for cocktails and then Hundred Acres for dinner. We're excited for a cozy, casual evening together downtown. Not planning on wearing anything ultra formal for our date, but still want to dress up for the occasion: 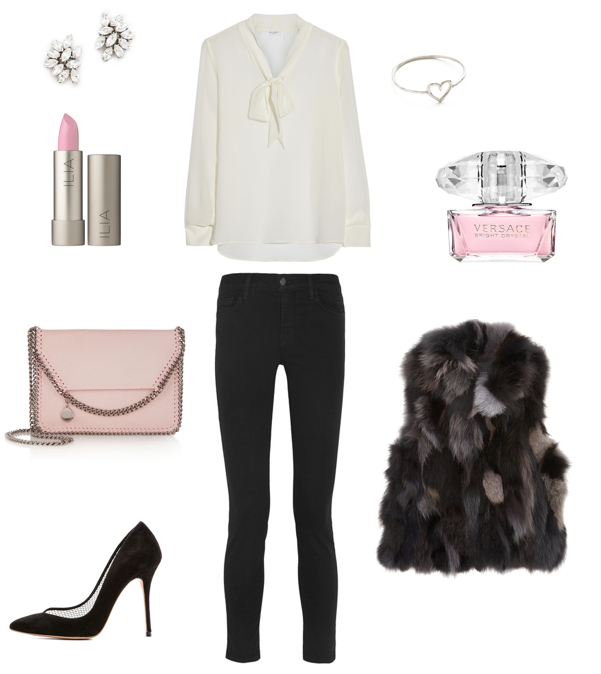 Email ThisBlogThis!Share to TwitterShare to FacebookShare to Pinterest
Labels: LIFESTYLE

Happy Thursday! Thought I'd share my little weekend adventure/scare with you since I hinted about it earlier this week. But first, I want to announce the winner of the Romantic Movie Moments tour tickets giveaway: Congratulations to Brittany Ricciardi!

Now, to last weekend...
Saturday night I went to Fort Greene to visit one of my best friends who recently moved there. It was so lovely seeing her apartment, sipping wine and snacking on cheese while chatting and catching up. Afterward we took a stroll through her neighborhood, making our way to our dinner reservation at Colonia Verde. When we got to the restaurant I was super excited, the space was really cute (and smelled great!), totally hopping, the menu looked delicious, and if the cocktails were any indication, I could tell we were in for a great night.

Within minutes of sitting down, the restaurant started to fill with smoke. Everybody was calm, there didn't seem to be any danger. But Scott, curious one that he is, thought to get up and take a look - Helen and I snickered to the side thinking he was being overcautious. Then suddenly Scott was telling us to get up and leave the restaurant - I looked to where he was pointing and could see flames escaping the roof of the building, right above where we were sitting. It was actually really scary, almost didn't seem real. We quickly alerted the manager and the entire restaurant was evacuated.

It ended up turning into a pretty big deal, four fire trucks and two ambulances came to the scene. Nobody was hurt and there wasn't much fire damage (I swear the fire department was there less than a minute after we evacuated), but I think the restaurant took a beating from the fire fighters putting out the flames. I'm so sad for the Colonial Verde and its owners. But in the meantime, Comodo - the original Soho location - is a must try for all Latin food enthusiasts. And I promise you, the minute Colonia Verde is back open, I'll be the first one there - ordering up their Brussels Sprout Ceasar Salad and Chef's Steak.

By now you probably know that I'm a fan of On Location Tours (prior posts here and here). So I'm really excited to announce the launch of their newest tour: Romantic Movie Moments - just in time for Valentine's Day. And what's even more exciting, I'm giving away two free tickets for you and a date!

Take a friend or your sweetheart to visit Holly Golightly's apartment from Breakfast at Tiffany's, the Shop Around the Corner from You've Got Mail, and loads of other scenes from our favorite romantic comedies. The pick up location is at Columbus Circle, so I suggest you show up an hour or so early for some light shopping at Time Warner Center or a little pre-tour glass of Champagne at Center Bar. Grab some macarons from Bouchon Bakery for the ride, and enjoy!

P.S. Winner will announced on Thursday's post.
No comments:

Email ThisBlogThis!Share to TwitterShare to FacebookShare to Pinterest
Labels: LIFESTYLE, NYC and TRAVEL

How was your weekend? I had a bit of an adventure during mine (I'll share it with you later this week), but all in all it was a great one! And as always, too short. 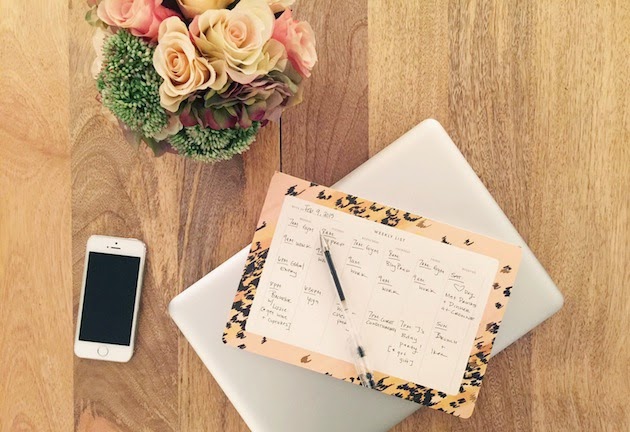 At the end of each weekend there's always that Monday morning dread, but lately I've discovered a little trick to help me prep for the week. Every Sunday night I've been writing out my schedule in a weekly planner. I've found it to be a great way to transition from the weekend to the work week, plus it keeps me on task and organized. It's become my new Sunday night ritual.

Happy Monday everyone! Hope you all have great weeks ahead.

PS. Like my planner? Get yourself one here from Catbird. 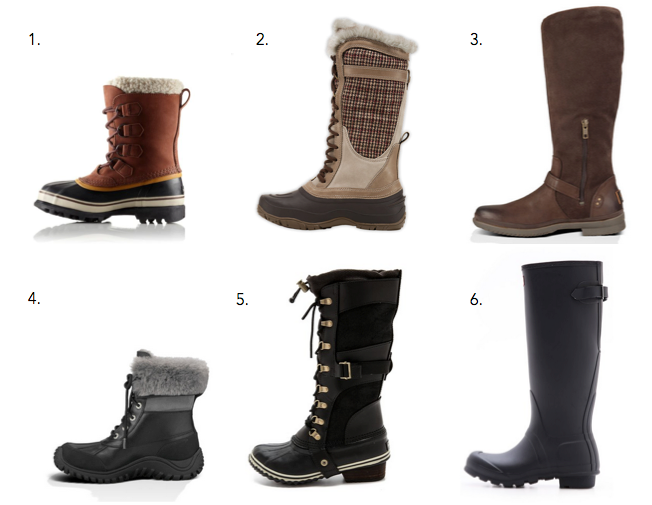 Nothing is more disappointing than a weather forecast of wintery mix. I remember when I first moved to the East Coast (almost 10 years ago, ah!) I naively thought a wintery mix was nothing to fear. Little did I know that two seemingly sweet words could bring such awful weather conditions. The aftermath is particularly horrible here in the city, usually consisting of frozen sidewalks and the dreaded slush puddles. My cure for the wintery mix blues? A killer pair of winter boots. It's the only way to combat the elements. Here are a few pairs I've been eyeing to get me through the rest of the season.

Stay warm and dry out there!