First off - I'm so sorry for dropping a bomb and waiting so long to come back with an update: six days after I posted that I'd be taking a break, I had triple bypass surgery. As you can imagine, it wasn't much fun. It was a really rough and too-long recovery - but my doctors promised me that after three months, I'd start feeling back to normal.

Well, here I am, three months and three days later, and I can happily say that they were right! I'm feeling much better and closer to normal. Still super sore and not as mobile as I'd like to be, but for having my ribs sawed in half, I think I'm doing pretty well. Still getting used to the six-inch scar down my chest, but for now I've conveniently found a way to keep it covered with some skin-colored strips.

The best thing about the surgery is that they were able to get a biopsy of my arteries to figure out what's going on. Turns out that I have a ridiculously rare autoimmune disease that is causing blockages in the arteries of my heart - the top doctors all over the country (not exaggerating here) have never seen anything like it - which is just nuts! But I'm in great hands and working with so many amazing docs that I'm certain that they'll figure out how to fix me soon.

About the blog: I'm actually home in Santa Barbara right now and won't be back in NYC until later in September. I'm thinking it makes the most sense to get back to The Resident Tourist in the fall - with a sort of "back to school" mentality. So, look out for my first fall post in September, in the meantime - follow me on instagram (tinibeltran) and twitter (@tinibeltran) for end-of-summer pics and updates! 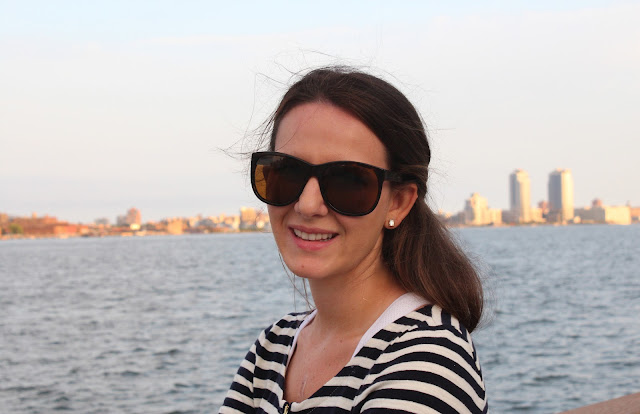